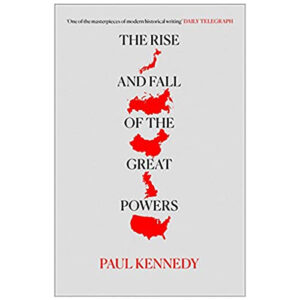 The Rise and Fall of the Great Powers

About national and international power in the “modern” or Post Renaissance period. Explains how the various powers have risen and fallen over the 5 centuries since the formation of the “new monarchies” in W. Europe.