The Gathering of the Tribes 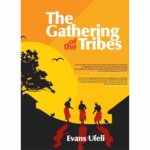 The Gathering of the Tribes

Investment Clubs- How to create wealth beyond your paycheque by investing with others
0 out of 5
( There are no reviews yet. )

The story of The Gathering of the Tribe takes on the philosophical allegory when viewed against the backdrop that the fictional rural town of Anieze is located within Nigeria.

The corruption of the communal leaders pitted against the ideological reforms sought by the youthful Ike and his band of progressive patriots; Puze, Ossai, Abi, Olise and Dike, bears more than a passing resemblance to what obtains in the larger Nigerian state.
The power play between the cult of oligarchs who wield a strangle hold on political power in Anieze and the young Turks who seek to wrestle same from them echoes a similar scenario in the Nigerian state.
The intrigues and subterfuge deployed by the principal actors in pursuing their goals as well as the fact that the people of Anieze appear to be no more than pawns in a chess game bear an all-too familiar resemblance with the Nigerian reality.
The Gathering of the Tribe depicts the battle for supremacy between leaders who have betrayed the trust the people reposed in them by looting communal patrimony and a reactionary generation of would-be leaders who desperately seek a paradigm shift in power to ensure that fulfilling communal expectations instead of personal greed remains the focal point of governance.
Despite the brewing cloud of political intrigues that threatens to cast a pall over Anieze, The Gathering of the Tribe seduces us with Anieze’s rich cultural heritage as represented by the Ukwata Festival.
Like Anieze, the reader is in high spirits taking in the narration of Anieze’s tradition of origin. The layered narration evokes nostalgic feelings of idyllic village settings untainted by the boisterousness of modernity.
It is the seduction of nubile village damsels and the intoxication of Atilogwu drumbeats that envelopes you in nostalgic warmth as the narration paints vivid pictures in your mind’s eyes.
The festival provides a temporary armistice as the drumbeats are too seductive to resist but the brewing political storm in Anieze gathers strength for an eventual showdown in The Gathering of the Tribe..