The Dark Net: Inside the Digital Underworld 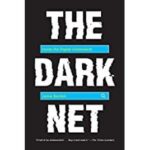 The Dark Net: Inside the Digital Underworld

The Future of War: A History

An Independent and New Statesman Book of the Year

Beyond the familiar online world that most of us inhabit—a world of Google, Facebook, and Twitter—lies a vast and often hidden network of sites, communities, and cultures where freedom is pushed to its limits, and where people can be anyone, or do anything, they want. This is the world of Bitcoin and Silk Road, of radicalism and pornography. This is the Dark Net.

In this important and revealing book, Jamie Bartlett takes us deep into the digital underworld and presents an extraordinary look at the internet we don’t know. Beginning with the rise of the internet and the conflicts and battles that defined its early years, Bartlett reports on trolls, pornographers, drug dealers, hackers, political extremists, Bitcoin programmers, and vigilantes—and puts a human face on those who have many reasons to stay anonymous.

Rich with historical research and revelatory reporting, The Dark Net is an unprecedented, eye-opening look at a world that doesn’t want to be known.

Be the first to review “The Dark Net: Inside the Digital Underworld” Cancel reply