Sin of the Father 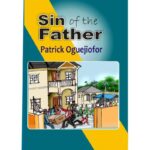 Sin of the Father

Emeka and the kidnapper

Sin of the Father is a captivating story of a man whose inordinate quest for wealth set him on edge with his people whom he has seemingly helped with his ill-gotten wealth. Nze Adachie, a retired Chief Clerk, suddenly becomes very rich. His sudden change in status attains him two reputations: a philanthropist who has brought succour to a community long forsaken by the government and a Shylock whose thirst for landed property is unquenchable. The resulting unbridled greed and covetousness lead him to grabbing of lands, including a sacred communal land, as well as the desire for acquisition of the greatest title of Ikeigwe which compels him to marry a second wife. All these culminated to his sudden death. The mayhem that accompanied the sharing of his extensive properties awakened the once forgotten curiosity to uncover the source of his wealth with far reaching consequences on his family and the entire community.

Be the first to review “Sin of the Father” Cancel reply