Shadows From the Past 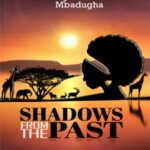 Shadows From the Past

Your Destiny is in your Competence

Not Just Another Interlude
0 out of 5
( There are no reviews yet. )

This book talks about Ada’s challenging childhood,and even though she marries an understanding and supportive husband,she still has nightmares about the domestic violence she witnessed in her home as a child. Her childhood began in the early post-colonial era of Nigeria, so this story has an element of historical fiction in it.

Ada’s father Ben Chukwuma, was one of the court marshalls (kotuma) that assisted the colonial masters in administering justice in the customary courts in Nigeria at that time. However, he is unjust and cruel in the way he interacts with his wife and children. He is both verbally and physically abusive to his doting wife and this creates regular conflict with Ada. Emigrating to the United Kingdom does not dispel Ada’s fears or erase the recurring mental images of what she endured. The images are in her head, and they go everywhere with her casting shadows on her joy. While on a family visit to Nigeria, Ada discovers that she is not the only one being haunted by shadows from the past. Revisiting the past, introspection, and resolving issues in critical incidents help Ada’s family heal. It liberates them from the psychological effects of their past trauma. In supporting the others, Ada got her own healing too. She returns to the UK, more relaxed, at peace with herself, with no more shadows from her past.

Chigozie Anuli Mbadugha is a Nigerian writer and ophthalmologist. Chigozie wrote her first unpublished novel at the age of six and has been writing poems, scripts, short stories, and songs since then, mainly for leisure. One of her poems, “The New Yam Festival,” won second prize in a nationwide poetry competition in 1983. She was the recipient of the silver prize at the Kanagawa World Biennial Children’s art competition in Japan in 1987. Her debut publication – a collection of short stories titled Beyond the Trial was awarded the Samuel Ajayi Crowther prize in 2017. She has written six children’s books to date and hopes to write more books before her hyperactive muses grow up. When Chigozie is not performing eye surgeries, she tries to write “eye-popping” fiction, listen to music, and spend quality time with her family.

Be the first to review “Shadows From the Past” Cancel reply