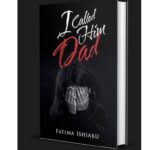 ALEX FERGUSON My Autobiography: The autobiography of the legendary Manchester United manager (Paperback)

The Autobiography of Gucci Mane
0 out of 5
( There are no reviews yet. )

To stop the molestation of the girl child that is now prevalent in our society,  Fatima Ishiaku decided to speak out to tell her story, not for gains or popularity but to let people know that the girl child molestation and abuse are real.

She was sexually abused before the age of five, till she was  fourteen years old. At age five he was using his finger on me, at seven that was when he started penetrating inside of me. How I almost killed myself, how I lived on alcohol, how my mother treated me so badly.

Now I’m using my story to help victims like me, to help them break their silence by speaking out and also to let the world know what sexually abused girls go through mostly in Nigeria and also to let people know that victims should not be bullied. I believe my book will help victims speak out and also open the eyes of society to see what victims go through that way people can help them and not bully them. Mothers in Africa believed victims should keep quiet because they see this act as a taboo while the victims die in silence. This book is about saving the girl child by breaking the silence.

Her name is Fatima Ishiaku and this is her story.

Fatima Ishiaku was sexually abused and molested before the age of seven till she was fourteen years old by someone she regarded as a Father Having risen above the trauma and psychological breakdown, she is speaking up to help victims like her break their silence and also to let the world know what sexually abused children go through mostly in Nigeria. How Parents can identify the signs, guard against rape and protect their kids from sexual predators.

Fatima runs an NGO called HOUSE OF FATIMA FOR ABUSED GIRLS FOUNDATION, which caters for and protects the rights of abused children She has featured on BBC Pidgin as well as many radio stations Nigeria and also in America She has done speaking engagement that is being sponsored by UN (HE FOR SHE) Also UN-EU spotlight initiative on Gender Based Violence. (GBV) She has done speaking engagement with Digital world. She has been featured on several Live TV programmes in Nigeria.

She’s also the current Ambassador for Queen Moremi Ajasaro, For SAY NO TO RAPE Project. By His imperial majesty, Oba Adeyeye Enitan Babatunde Ogunwusi Ojaja 11. The Ooni of ife

Be the first to review “I Called Him Dad” Cancel reply