Girls Just Want to Run: A call for young women to be involved in Nigerian Politics 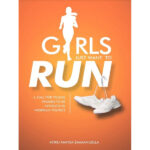 Girls Just Want to Run: A call for young women to be involved in Nigerian Politics

How to be a Conservative

Wifi Kids and Analog Parents by Temi Olajide
5.00 out of 5
1 customer review|Add a review

Drawing from female representation and political movements throughout history, the author buttresses the importance and possibilities of young women standing together to achieve political change.

‘Girls Just Want to Run’ is a book by Nafisa Emmanuella Atiku. In it, she expresses the importance of an increase in female participation in the political activities of Nigeria. Drawing from female representation and political movements throughout history, the author buttresses the importance and possibilities of young women standing together to achieve political change. The author describes why she journeyed into politics and her early steps to understand, as well as, contribute to the Nigerian political scene. Furthermore, she explains the importance of the youth in initiating change, with regards to politics. She also reiterates the importance of unity in affecting social change, using the Aba Women’s Riot as an example. She explored the negligent manner that politicians interact with the people and proposed the narrative that good government is “citizen-centric” as opposed to politicians ignoring the needs of the people. She described good leaders as vision led people that are aware of the relevant changes in world dynamics and how they can be used to grow the economy. The author opened the reader’s mind to the fact that the presence of hardship does not mean women do not belong in politics, and she shed light on the power of harnessing art, media, and music to create awareness of the lack of and fight for female political inclusion. Using the chorus of Sia’s hit song, “Titanium” she advised that women in politics have a personal brand that can withstand scrutiny. She echoed that a support system of women is paramount and advised that all women should have active participation in politics. She explained the importance of engaging the community at the grass-root level through strong ideologies, which she called the bedrock of a good movement. Through politically transforming examples, she also outlined the steps to creating a solid movement. She reiterated the need for women to be at the helm of the policymaking so they have a direct influence on the matters that arise. The importance of mentorship, mentoring and being mentored, and networking, are explored including ways to save and understand the investment. She urged women who want to run for political office to be economically empowered. To properly round off “Girls Just Want to Run” she provided a list of organizations that would help women along the way as well as help them develop themselves personally and financially.

1 review for Girls Just Want to Run: A call for young women to be involved in Nigerian Politics