Fire In The Wind 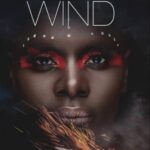 Fire In The Wind

Not Just Another Interlude

Transcendent Kingdom
0 out of 5
( There are no reviews yet. )

Fire in the Wind shuttles between three countries: Sierra Leone, Nigeria and Cote d’Ivoire. In this moving and absorbing tale, Kike Ojo repositions African narratives with regard to child abuse, domestic violence as well as life in the time of war and its attendant refugee problems. She masterfully weaves a web of universal issues in a West African context.

Angela’s upbringing is horrendous but what adulthood holds for her is even more excruciating. She moves between achievements and difficulties but, when the metaphysical meets with a mother-in-law’s ill-conceived determination to root out a woman from his son’s home, the result is devastating.

Mrs Kike Ojo obtained her Bachelor’s degree in Education (French and English) and her Master’s degree from the University of Ife, now Obafemi Awolowo University, Ile – Ife in 1974 and 1985 respectively.
Mrs Ojo has had a very active life, having worked in various capacities. She was an amiable teacher, a seasoned university administrator, a proficient translator and an astute entrepreneur.
Mrs Ojo is an avid reader who has also travelled widely. Her interest in story-telling and creative writing was kindled early in life as she started acting while in secondary school.
This is Mrs Ojo’s second novel, the first being The Fragrance of Roses.

Be the first to review “Fire In The Wind” Cancel reply