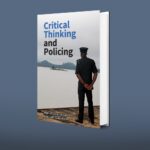 Calabar Love Potions Revealed
0 out of 5
( There are no reviews yet. )

This book is about thinking, thinking critically. It is also about policing. Thinking critically is one skill that is required of every police officer; it is one of the most critical assets of policing. The greatest advancements in tackling crimes have come from ideas, ideas that are borne from critical thinking.

“Critical Thinking and Policing fills a void in policing literature. It gives police officers the opportunity to learn virtually all that they need to know to be effective in policing. The book not only speaks to critical thinking and policing, but also to day-to-day police work”.

“An invaluable intellectual and professional contribution to the discourse on policing”

Mohammed A. Adamu,Inspector-General of police.

More about the author.

Mathias Okoi-Uyouyo was educated at Mary Knoll College, Okuku – Ogoja, and the University of Calabar. He is the author of several books amongst them: Yakurr Systems of Kinship, Family and Marriage, M. D. Yusufu: Beyond the Cop, Issues in the Protection and Promotion of Human Rights (ed.), and Stepping Forward with Uti J. D. Agba (with Goddy Jedy Agba). He combines his writing career with a job in the public service, and is presently a Deputy Director with the Police Service Commission.

Be the first to review “Critical Thinking and Policing” Cancel reply