Bitcoin Whales: Guys Who Fooled The World (Secrets and Lies in The Crypto World) 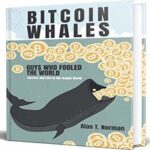 Bitcoin Whales: Guys Who Fooled The World (Secrets and Lies in The Crypto World)

If you want to plunge into the real, not virtual, the world of marvelous animals, all you need to do is to invest a part of your capital in the cryptocurrency market. Here you will find lots of animals: whales, sharks, and even hamsters. Your role in this fabulous zoo depends on many factors. You are not likely to cope with just one of the main roles – the role of a whale.

So who are the whales and why are they so special?

The whales are the participants in the cryptocurrency market who own very large capital. Not just large, but VERY large one.
I suppose you won’t see anything supernatural in this argument, since such players exist in traditional markets also. And you know what? I can’t help but agree with you on this matter. However, there is still a big difference between the whales, let’s say in the stock market, and the whales in the cryptocurrency market. If the first ones live in a clear legal framework and play only according to certain rules, the second ones, owing to the youth and wildness of the cryptocurrency market, do what they want, when they want and with whom they want. In other words, these seemingly cute animals of the underwater world simply commit brutal and cynical manipulations in the market. It’s almost impossible to track their actions and even more so to punish them. As long as there are no regulators in the market, each of its participants will continue to play its role: someone will lay down the rules, determining the further movement of a currency price, while others will adapt.

To destroy my faith in the bright future of the new era of electronic money? No!

To be disappointed in the coming of the next “Bitcoin to the moon”? No!

To finally prove that the “bubble popped” to the joy of crypto skeptics? No!

My mission is simple: to reveal to you the inside facts of the cryptocurrency world. It’s up to you to decide what to do with this information. Do not forget that who owns the information, he owns the world.
My investigation will just provide you with the cause-and-effect relations between those or other market participants, namely:

Common feature of the wallets storing hundreds of thousands of Bitcoin
Significance of micro transactions between these wallets and relation they bear to currency pump or dump
Link between Bitfinex exchange and MtGOX exchange (yes, the one that broke off back in 2014)
Reason why USDT tokens cannot be bought through the bank and the way those tokens, which should have been destroyed after fiat withdrawals, returned to Bitfinex.
But…
This book is not only about a global conspiracy. It is about the newly returned hope in the person of Bitcoin creator, which we all know under the name of Satoshi Nakamoto. I will introduce you to the real father of cryptocurrency on the pages of this book.

I would like to finish my story with the words of Shakespeare: “The whole world – theater, and the people in it – the actors.” Well, well … Perhaps, Shakespeare back then wanted to warn us about something?)

Be the first to review “Bitcoin Whales: Guys Who Fooled The World (Secrets and Lies in The Crypto World)” Cancel reply