Atiku – The Story Of Atiku Abubakar 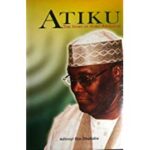 Atiku – The Story Of Atiku Abubakar

Hit Refresh: The Quest to Rediscover Microsoft’s Soul and Imagine a Better Future for Everyone

As Vice President Atiku Abubakar’s media adviser from June 2003 to April 2005, I had the tedious task of going through a steady flow of unsolicited proposals for a biography on him.

Some of these proposals, mostly from people who hardly knew him, were written by adoring fans or worshipful political supporters who genuinely wanted to market his inspiring life story and leadership qualities to the literate public. Others were motivated chiefly, I suspect, by pecuniary gains or the quest for momentary literary fame. The proposals also differed in terms of approach and the medium the would-be authors hoped to use to realize their objectives.Afilm maker in Northern Nigeria wanted to put Atiku’s life on video.ASouthwestern author of a proposal wanted to do a television documentary on the Atiku story. A South- South author who had written on many public office holders in Nigeria, wanted to be commissioned to write “the definitive Atiku biography”. Someone wrote from Abuja for permission to do a pictorial biography of the Vice President.

I read through these proposals and recommended them, in typical Nigerian bureaucratese, for “Mr. Vice President’s kind consideration and further directive”. I was directed to politely decline some requests and to open discussion with the authors of other proposals that we considered serious and promising. I did discuss with a few of the authors and reported back. The Vice President was often turned off by the unreasonably huge budget for executing the projects which was expected to be borne entirely by him. One day, he sent a proposal back to me with a note.
“Why don’t you do an in-house work?” he scribbled at the bottom of my covering memorandum.

He advised me to liaise with my colleague, Umar Ardo, whose father had adopted him as a son in Kojoli, Adamawa State, to work jointly on his biography. Ardo, a bright historian who had temporarily left a teaching job at the Nigerian Defence Academy in Kaduna to serve as a vice presidential aide on political strategy, had been working independently on the Atiku story but had lost interest and gone into other pursuits. For now he was not interested in dusting up the project, he told me matter-of-factly. It was now my cup of tea – so to speak.

What you are about to read is not a hagiography. I have tried to give a balance and fair portrait of a remarkable life. Although the story of an only child who grew up without a father, learned to take care of himself and to fight his own battles from an early age are not uncommon in Nigeria, many people are likely to be inspired by the subject’s rugged determination to overcome the difficulties of being born poor and lonely as well as by his perseverance and humane disposition. It is the tale of a man who has no brother or sister. It is the tale of a humble village boy who, with a combination of handwork and incredible luck, made good both in business and politics.
I have tried as much as possible to track the major events in his life and to retell them in the context of Nigerian and global history. After all, the history of a nation is the sum total of the lives of its notable men and women and the events which shape our world and impinge on our little corners of it are triggered off by the actions of individuals and groups. Lastly, I would like to say that I have tried in this book to simply tell a story without embellishment or over-dramatization. I believe the facts should speak for themselves.