A Cluster of Petals 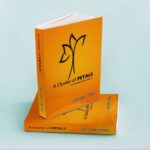 A Cluster of Petals

A Cluster of Petals is a collection of short stories that have been written over the last 14 years. It is an eclectic mix of mostly fictional short stories of various genres that have been loosely arranged in the order in which they were written, thus capturing in a novel fashion, the literary growth of the author.

A Cluster of Petals is a collection of short stories that have been written over the last 14 years. It is an eclectic mix of mostly fictional short stories of various genres that have been loosely arranged in the order in which they were written, thus capturing in a novel fashion, the literary growth of the author. Naturally, contemporary events at the time each story was written must have directly or indirectly played muse in the respective stories. It is however striking that an in-depth observation of various themes in stories written almost a decade apart would show what sages have always suspected- that nothing new really happens under the sun. The first story of the lot, ‘Two Right hands’ examines humanity- first through the eyes of two young men far from home as they discuss events; past and present, with special attention to man’s almost instinctive desire to best the man next to him. The story abruptly teases into the life of Roy, an 8-year old child of your typical bourgeois Lagos family. He dreams his way into a conversation between his hands in an encounter that makes him contemplate events in his school. His right and left hands squabble about everything, from their daily roles to their self-given names in a conversation that will make the reader reflect on society, their self-worth in relation to other people and life in general. ‘7 days’ is set in a boarding school in Lagos around the time when senior students were masters and gods to their juniors. It expertly weaves the story of a witty teenager charting his way through adolescence while trying to survive the war zone that his daily life has evolved into. He stumbles headfirst into a scary prophesy that he stars in as lead character and victim. This story evokes intense feelings of nostalgia for anyone who attended a typical Federal Government College in Nigeria in the 90’s and early 2000’s while subtly introducing elements of comedy, suspense, and ghastly horror that R.L Stine, J.K Rowling and Stephen King will wish they wrote. The Mysterious Matter of Mallam Musa’s Missing Murano is a sardonic story of Mallam Musa who has just lost the dearest thing in the world- his brand-new Murano SUV. He is convinced it is an inside job and suspects everyone around him- from his childhood friend of many years to his wives and kids. The conundrum inevitably opens itself up in the hands of an inept police man who is more of a spectator than detective in this case. This is a fast paced, exciting and funny story enriched with a lush blend of Northern Nigerian culture that will leave readers scratching their heads in suspense and holding their bellies in mirth in the same breath. ‘The Growth’ starts off as a sad story about a young mother who suffers the dehumanizing experience of rape which leaves her pregnant and infected with HIV. It explores the love she shared with her now late husband as life kicks her to the curb. But this story does not end here, thankfully. In its closing paragraph, the story’s protagonist comes to the realization that ‘… this innocent child was half evil, yet half me; a mischievous canvas painted from the colours of fate and happenstance but smudged with an ugly strip of man’s inhumanity to man…” She grasps that no one has any power over how to be born or when to be born and a calmness settles in her soul as she realizes that even dark colours can paint a beautiful picture. Madiba’s mole was written in 2016 as a fictional monologue of a mole on Nelson Mandela’s face in the heat of rising xenophobic attacks in South Africa. Looking back now it might as well have been written yesterday as nothing really has changed. It chronicles some of the earliest events in Madiba’s life and ends with a solemn observation that “…our people have left the enemy at the gate and rather cut up our brothers at home, like amnesiac bloodletting butchers”. ‘The Letter My Shoe Sent Me’ is a first-person narrative of a young man who loses his voice due to a rare psychological ailment. When all the superficial layers are peeled away, it is a story of what it feels like to have so much to say and not be able to say it. It is a reflective tale of what we will be told by people beneath us whose voices we repeatedly and deliberately ignore. It is a story of a poem written about a letter written by a shoe, but of course that is just half of the picture. This is a story everyone needs to read- old and young, rich and poor, privileged and betrodden. A Cluster of Petals also contains numerous short stories such as ‘SamX’, ‘The Raid’, ‘Euthanasia’ and ‘Nostalgia’ which explore themes as varied as the plight of an aspiring assassin apprentice; a shocking discovery by the husband of a nymphomaniac; the voices in the head of a suicidal maniac and the regrets of an ageing world renowned footballer. These very short stories are the type you read in one swoop, clutching the edges of your chair, mouth wide-open. The last story in this book is titled ‘How to be a Maga’. It is based on the true-life experience of the author detailing the day he was almost duped into signing up to join a business that had all the elements of a scam. He took away from that experience the 3 core elements of any 419 scheme which people world over can use as a checklist to figure out if someone is trying to con them. Just ask yourself 3 simple questions: 1. Are you vulnerable? 2. Does the proposal require you to be gullible? Finally, have you been asked to pay some sort of commitment fee?

Be the first to review “A Cluster of Petals” Cancel reply